I presented Meemoo at the Masters of Aalto show and Media Lab Helsinki Demo Day. Here are some animations made by event-goers:

At these events I had the chance to do some (covert) user testing, and see how people interact with it on their first try. I noticed that many people’s first interaction is disconnecting all the wires. Then they seem surprised that it doesn’t do anything! Obviously this points to a design flaw that I need to address. The wires are colorful and draw attention before the buttons that send data over the wires. A quick, clear, guided tutorial to introduce basic Meemoo concepts will go a long way.

One of my thesis evaluators works for Nokia Design, and invited me to present there. I got some encouraging feedback from that group.

I have been working on the modules and instructions for a challenge for Mozilla Summer Code Party. The Meemoo challenge will present two clock apps for participants to experiment and hack. My own hack of the concept is pretty far out. 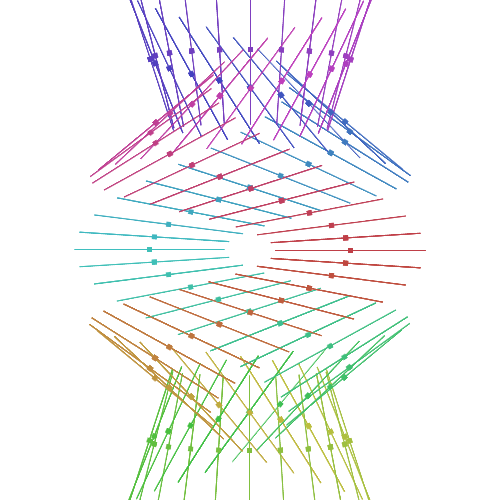 Many of these features have been on the to-do list for some time. Behind the scenes there was a pretty major refactoring of code as well. With these done, it will be much easier to start making the bigger changes that are coming…

« Finished writing, now back to the code
60fps is a good number of fps »